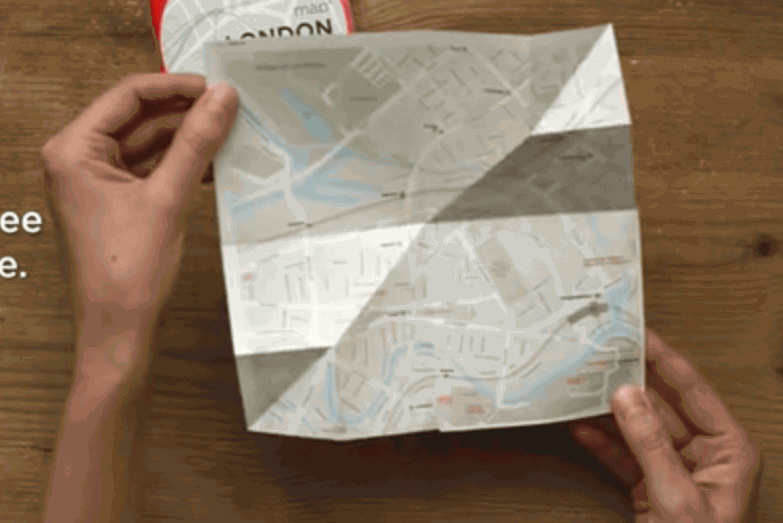 It seems that the convenience of GPS-centered, pinch-zoomable digital maps have left good old paper maps behind. That was, until designer Anne Stauche brought some interaction magic back to the paper world.

Map² is probably the smartest paper map you’ve ever consulted for directions. It starts as a square with a tiny city overview. It unfolds to two panes of mass transit. It unfolds again to four panes of the city map. And then, for its final, most amazing trick, each of these four quadrants can blossom into a zoomed-in view. In other words, zooming in is as simple as unfolding the map.