Home / Around the world / Barcelona – Part 1

Earlier this summer, I’ve visited the (IMHO) grooviest Spanish city, and the capital of Catalonia – Barcelona. It’s been a tour via Venice (Italy), Nice (France) and Monte Carlo (Monaco). I’ll probably get those other later 😉

Tip: Check out the best deals on accommodation in and near Barcelona at Booking.com.

Here’s the map I’ve made for the occasion, off course with Google Earth: 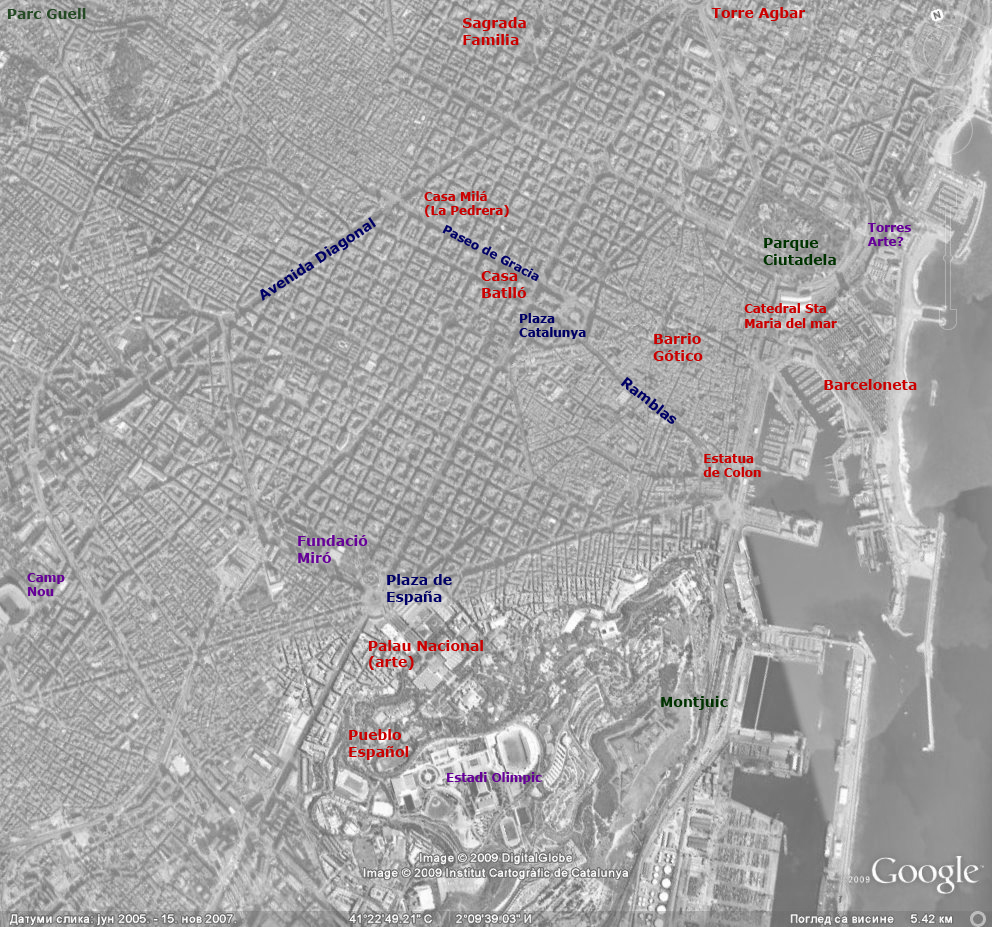 The first thing we’ve seen in Barcelona was the Agbar tower (Arab word meaning “the great”, “the imposing”, which the building certainly is). It’s the headquarters of the city’s water management company. It’s even more imposing some nights when it’s lit in different colors.

Fortunately, I knew what I’m looking at because I’ve studied Barcelona thoroughly on Google Earth, and learned many things our guide forgot to tell us.

Here is a great panorama of northern Barcelona seen from the Sagrada Familia.

Our next stop was the Montjuic hill, where the Olympic stadium, Calatrava tower, National Arts Palace, the Montjuic fortress, the Spanish village and several other important objects are situated. Just below it seats the Plaza de España (Spanish square), with it’s corrida, the Barcelona Fair grounds and two Venice style towers:

Unfortunately, the fortress was closed due to reconstruction so we couldn’t see this splendid view.

Between the Arts palace and the Spanish square, one of the most ambitious Barcelonese projects has it’s place – the “magic” fountains. For their spectacle, they use as much electricity as a town of 5000 people. But they probably pay off, since thousands of visitors gather every day to see this show.